It was around two years ago when we reviewedPrinterous, a platform which eases users to print photos which are uploaded on Instagram only. Now, it’s no longer being exclusive to Instagram, as the platform also supports printing of photos which are uploaded on Facebook as well as those from our own computer. In addition, Printerous also beautifies its design, not to mention its compatibility with not only photo albums, but also throw pillow, tote bag, and smartphones’ skin and case.

This new version of Printerous was confirmed by Kevin Osmond, Printerous’s CEO, on his personal media social account, although he has yet made any clarification on the platform’s official blog. Osmond has dedicated all his time to Printerous ever since he decided to stop overseeing Weekend Inc’s daily activities, which focuses on technology and design-based projects. This Weekend Inc is now in the hands of its Co-Founder, Richard Fang. 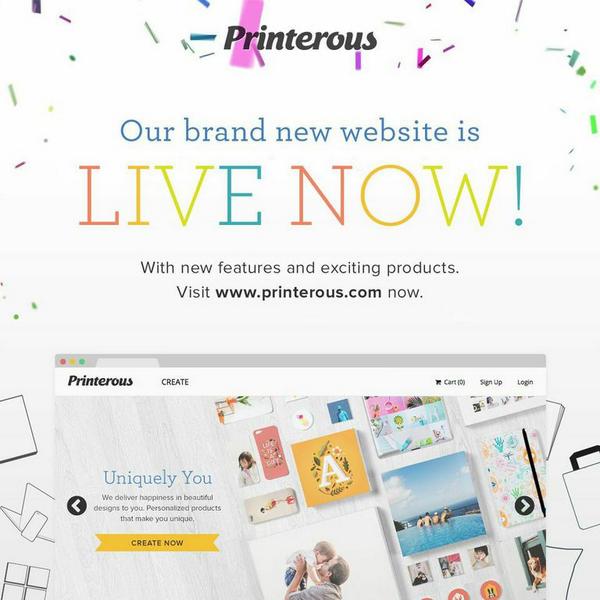 Unlike its main competitor, Pictalogi, Printerous kept being calm in the past two years. It seemed that the platform collected every little enhancements in two years and kept them to be implemented all at once. By broadening its service coverage, Printerous has definitely added more competitors to its business model, and the latest one would be Tees Indonesia which also offers printing on smartphones’ case and tote bag services. Th only difference is that everything which gets printed at Printerous is for personal consumption, not for public.

To ease customers, Printerous provides an Editor engine which enables users creating their own design. For gadget segment, the platform supports a number of devices, including iPhone 4/4S, iPhone 5/5S, Galaxy S4, Galaxy S5, iPad mini, and iPad 2/3/4. That being said, it is much better to create your design on desktop, since the service has yet been optimized for mobile devices.

As for the payment method, currently Printerous only supports bank transfer for local orders and PayPal for global orders. The platform has been available in two Southeast Asian countries, Indonesia and Singapore.