B Dash Camp is Back in September 2015

B Dash Ventures, a Japan-based VC, will hold another B Dash Camp this coming September 17-18, 2015 in Kyoto, Japan. B Dash Ventures focuses on providing seed, early, or later stage funding to startups that have potential to be the next generation tech company. It opens the opportunity to startups that are based outside Japan to grab a bite of their money.

B Dash Camp is B Dash Ventures’ biennial conference that connects senior executive officers of tech industry and initial startup founders.To date, the event has grown to a conference with 600 invited-only guests who come both from Japan and other countries.

Although being held in Japan, the event is practically open for startups from other countries, including Indonesia. Ohdio’s Co-Founder Ario Tamat and Tees’ Co-Founder Aria Rajasa are one of those who got the opportunity of joining the event.

Rajasa and Tamat agreed that they absorbed valuable experience while joining B Dash Camp in Japan. Both stated that such event would be highly beneficial for startups that look for regional partnership or are in search for funding.

Rajasa said, “It offers great experience, as it was in Japan and an invitation-based one so there’re lots of new people that we don’t see everyday in Jakarta and Singapore. Plenty of VCs and business experts are also there as well. Besides expanding our network, we also learn from founders from South Korea, China, Taiwan and the U.S. Overall, it’s totally worth it for startups that raise funding or look for collaboration with other startups in Asia.”

Tamat continued, “What I found interesting is that B Dash Conference discusses about Japan many times, rather than talking about Asia as a whole. Probably because Japan is regarded as a unique market. I met attendees from Europe who wanted to enter Asia, and thought that Japan was a great place to start. Well, I think Japan is Japan, China is China, and Southeast Asia is Southeast Asia. Different place, different problems, different potential .”

He also explained that the conference is delivered in two languages, English and Japanese, through wireless radio. Specifically, he attended the event to expand his network, look for business potential, and find investment opportunities.

You may visit this link if you are interested in signing up your startup. For more information about this B Dash Camp, you may click this link.

_
Disclosure: B Dash Ventures is one of DailySocial’s investors 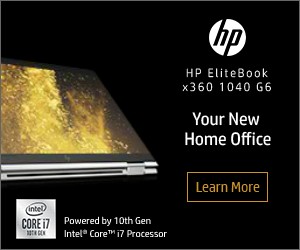