“Indonesia has great potential. Aside from being a member of the G20, Indonesia also has more than 60% people in the productive age of the total population, and young generations who are tech-savvy,” Artnandia Priaji, Nexgen’s Chief Representative Officer, said.

Nexgen English Online has officially held the exclusive license to distribute content from DynEd International. Priaji mentioned the tagline used for solutions they offered is: “Valid, Simple, and Certified”.

In Indonesia, they’ll compete with some similar platform, such as Squline and Bahaso.

“We applied adaptive learning using artificial intelligence that allows users to learn the necessary content during the lesson. In addition, we also applied the learning method from neuroscience research through the human nature study includes listening, speaking, seeing, and writing,” he added.

Nexgen app called Neo Study is available on Android platform. He explained further that their app was prepared to make users becoming fluent in English by saying the right pronunciation on repeat with the advanced speech recognition technology. With this implementation, the articulation, speed, and emphasis on words will be trained as well.

“This solution was found when we saw many people out there having good grades in grammar but can’t communicate properly and correctly, meanwhile in the working / social area, verbal communication is essential to convey messages. It’s why we recommend students to study every day using score/gamification for users to prevent disinterested situation,” Priaji explained. 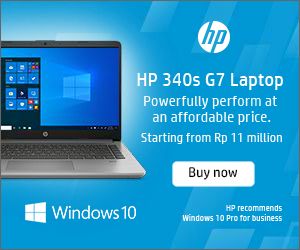