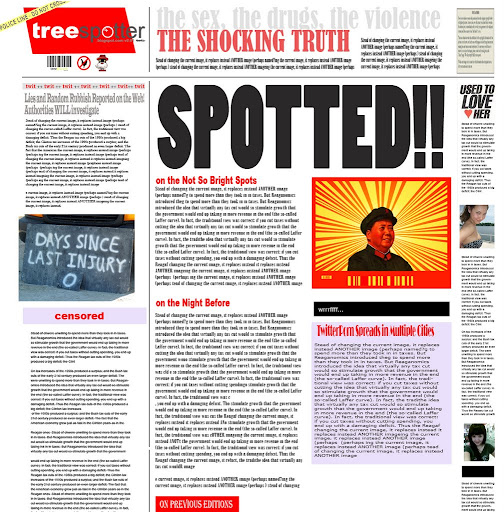 I was reading SangatPedas the other day and ended up reading up most of the threads on Indonesian internet scene. Some of them are very interesting and this being Sunday and all, I couldn't resist.

Let's start with Remco's beef on Online Advertising this being the least understood part of the Indonesian market/internet ecosystem.

My understanding of his language is that he thinks the Online Ad market is already oversaturated and only allows for opportunities to those with scale (aka. current news status quo, Detik/Viva/etc.):

Well, once you have a critical mass and you’re in the top of the hierarchy the advertising game changes

In fact, I agree to almost everything his said up to and including that sentence. Beyond that, I think he got it completely wrong.

Remco correctly pointed out that ID Online Ad market is still mostly priced in CPM and even time based and so his approach for using CTR/CPA is rendered mostly useless. What I don't understand is that while he realized this faulty assumption, he continued down the path and insisted on offering the (wrong) conclusion.

Calculating the CPM for the Online Publishers in Indonesia should be pretty straightforward - and similar to pricing for publishers anywhere else in the world: what it costs you to reach a thousand viewers. Advertising industry is a creative industry and they're most creative with jargons and naming things, so most other metrics are relevant mostly with specific business models while CPM works the same across most advertising platforms, TV,Radio, Print and Online.

I admit Detik looks ugly with so many ads on the page, but then you should just split the number accordingly - since a group of advertisers essentially split the cost for reaching their intended online audience.

Now we get to the tricky part - measuring views. Let me tell you now that there isn't currently any sensible method to measure views accurately in Indonesia. Yahoo have their annual numbers, Comscore provides some numbers and Alexa have their rankings - but the publishers themselves have their own numbers and logs. None of local players are public companies and tallying their numbers are simply impossible. As one commenter on the post noted,

I agree with you on this. I’ve lost my faith in ads business model. I always say “ads pie are 80% eaten by detik.com and kompas.com, so you tiny startups are fighting for the 20% share.” - Natali Ardianto

Keep in mind that this is a market where even tallying numbers for print is a challenging task so some confusion is probably understandable but dismissing an entire market category as 'too challenging' is simply preposterous. And lazy.

Indonesian media market is far from mature. The media industry is barely 10 years old - after decades of tight government control. As it is, Indonesia is one of world's 10 largest market and among the fastest growing - for many years in a row now. It's Sunday and I will not Google so you should do your own hyperlinking.

Forget Internet. Indonesia has 11 national channel plus 100+ regional ones. Most households have access to 10+ channels on terrestrial antenna. In a country of 250 million people. Yes, the CPM is ridiculous.

70 Million voters and Indonesia's largest print circulation hovers well below 2 million and yet, new papers are springing up everywhere, newsstands got larger and larger and paper consumptions for the country surge up year after year. Do Indonesians read? Yes, they do. They just hadn't been allowed to read as much before.

Restricting this unimpeded growth after the media deregulation in '99-'00 is the remnants of past regimes on the domestic market, namely limitation in foreign investment in Media, Advertising.

Almost exactly the same could be said about the Indonesian Telco market. The Dismantling of Telkom/Indosat duopoly gave way to one of the most vibrant market on the planet.

For the Indonesian economy as a whole, Consumer Spending and Telco/Media are the the primary drivers for growth (after natural resource). Twelve years ago the country very nearly defaulted. This is a market with no middle class two decades ago.

For the more proper and number guy, feel free to google Indonesian ARPU for the major telcos (they are mostly public nowadays) they might have a better illustration. The operators here work on very tight margin and competition is nothing less than cutthroat.

Unlike the US of A or China or India, wiring up thousands and thousands of islandsto provide them reliable cutting edge digital technology so the twittering yuppies could go all social from their Lombok beaches isn't an easy business.

Again, the remnants of monopolies paint the backdrop of this industry but looking at the performance of the public companies would give some pictures for the market adoption rate for technology and media consumption.

Indonesian consumers are finicky: the bulk of mobile subscribers are on prepaid and fixed-term contracts are unknown.

Value Added Services was the Fad of the Decade - it rode the pants of the operators network upgrade, soon consolidated into the large dinosaurs. Indonesia has 10+ operators with 200+ wireless providers license or so. Expect more dinosauring still to happen.

Those hundreds of millions of Indonesians aren't all on the iPhones and Blackberries but they are practically all connected to a data network. Services issues aside, data access availability in Indonesia covered most of the population and all the major urban centers already. The access issues is pretty much solved with cheap smart handsets and Indonesia is one of the world's largest handset markets.

I was reading up the threads on the internet deals and valuations and business models - this post by William Henley covers a number of deals and market analysis but none of them mention the Nexian deal. Say what you will, I thought it was the most interesting deal of the year and at 175m USD is also pretty sizable.

Of course, strictly speaking it's not an "internet deal" but since I bet that most of Indonesian consumers will be accessing the internet thru some Nexian-like device I consider it relevant for the category. Put it the other way, it puts the figures into valuing Indonesian digital consumer.

Most of the discussion on the subject of internet valuation eventually stuttered due to the lack of available numbers to compare.

If I understood his language correctly, William even suggested that it is somewhat inappropriate for the companies not to divulge their numbers. Ehm... really, most private investors choose not to advertise their portfolios for many reasons but really, most of the time, they do so because they're invested in private companies. If you want transparent and accurate numbers, you should go to the market and shouldn't double on the private equity. I mean dabble.

So yes, a lot of good posts written, great many number of interesting discussion and some very valid points and my Sunday is certainly very bright. Valuing private companies isn't exact science, whining on valuing internet companies in Indonesia sounds a lot like bitching about the weather but it's always polite to mention the nice weather.