As we mentioned yesterday, mobile advertising is still a tiny proportion of the entire advertising industry in Indonesia as both advertisers and agencies are still trying to figure out how to approach the digital media industry in the most effective and efficient ways. Unfortunately, this also involves heavy, and perhaps desperate, experimentation. XL Axiata has resorted to injecting websites with its own codes and presenting banner ads without permission from website owners.

Over the past year, subscribers of both Telkomsel and XL Axiata have been bombarded with interstitial advertising at random instances in relatively high frequency. Telkomsel subscribers first noticed this in large scale when ads for KakaoTalk began appearing earlier this year whenever they load websites regardless of which browser they use on their mobile devices, including browsers from within other applications.

XL Axiata on the other hand, had been using interstitial ads to promote the mobile games and partner services that they offer although recently it has added other advertisers as well. I have even been shown XL’s interstitial ads while roaming in Hong Kong using the SmarTone network.

The biggest problem that came up more recently is the fact that XL has manipulated websites to show its own advertising in what appeared to be a frame placed above the website. To the untrained eyes, these look like simple banner ads that people are often used to seeing on mobile websites anyway, but in reality, this is far more intrusive.

While it potentially may steal advertising revenue from websites, there is a far more serious concern that this practice presents. Passwords. There is a concern that XL’s employees or anyone with access to this practice will be able to capture people’s login details for various websites.

We’ve been discussing this with Batista Harahap, CTO of Urbanesia over on Facebook and he provided us with the technical details as to what this framed banner actually does. According to his analysis which he published in his personal blog, when an XL subscriber sends a request to open a website using XL’s internet connection, the company fetches the website as it normally would but then instead of serving it directly to the browser, it packages the website into an iframe which is served from XL’s servers before presenting it to the browser.

By packaging the site into an iframe, it means XL is able to insert its own advertising, independent of the website and separate from it, and deliver the ad to the browser alongside the website.

The business implication of this is XL is able to act as an advertising agency selling banner ads to potential clients without having to pay the real estate rental fee to the any of the websites loaded using XL’s network. For websites that do not serve advertising for whatever reason, this is a gross violation of the rights and wishes of the website owner.

A website owner may choose to not serve ads out of an idealistic drive. It could also choose to not serve ads because the website charges a subscription fee which means a secure connection is required and expected before allowing readers log in and request content. Visitors who go to these sites and do not expect advertising to be shown will be at least annoyed by the new behavior and either complain to the website owner about it or stops visiting the site altogether, which means a loss in readership for the site owner.

For sites who do serve advertising, this means its clients have the option to bypass them and employ XL’s services to deliver their ads instead. After all, the telco company may be able to offer more competitive rates.

This unethical behavior also costs visitors load time because packaging the site into the iframe adds to the time it takes to deliver the site to the browser. As if that’s not bad enough, the practice also adds a jquery into the page. “If your page already has jquery code included, that means it will be loaded twice”, Harahap explained on the Facebook page. “The timeout for the ad request is 30 seconds, which means XL has already anticipated for the slow connection”.

To verify that it was an operator action, Harahap loaded urbanesia.com using two different mobile phones using XL and Telkomsel networks. The iframe content gets delivered on the phone with an XL sim card while the Telkomsel phone presents the website as normal, without the added banner and iframe.

With regards to interstitial ads, head of Kompas.com Edi Taslim said that 11 major online media companies have expressed their protest to Telkomsel in a letter addressed to Alex J. Sinaga, Telkomsel’s president director. These 11 companies are Kompas, Viva, Merdeka, Okezone, Detik, Kapanlagi, Tribun, Liputan 6, Bolanews, Tempo, and MetroTV News. “We request that Telkomsel cease this advertising practice at the latest seven days since the acceptance of this letter”, the letter says.

As reported by Merdeka on Friday, Telkomsel has responded to the letter saying that the practice is not violating any regulation but as a gesture of goodwill, it has removed all instances of interstitial ads on 27 September. However, Merdeka still saw the ads being served after the date.

The media companies have yet to send a letter to XL Axiata about the same practice but now that Kompas has found out about the iframe shenanigans, it’s only a matter of time.

Sure, the iframe practice may not be illegal and there isn’t any regulation that prohibits this but subscribers who have paid to use the telco service don’t expect to see ads to be served out of context. Website owners who don’t wish to display advertising to their visitors must have their wishes respected. Websites who do serve advertising are being cheated out of their advertising revenues. Perhaps more seriously for website owners, their content are being stolen so XL Axiata can bypass their advertising terms and partners, and lastly, consumer privacy and security are being seriously breached. This behavior is reprehensible, irresponsible, unethical, intrusive, and downright offensive. Both XL Axiata and Telkomsel must stop the practice of serving interstitial advertising immediately and XL especially must cease its iframe shenanigans. 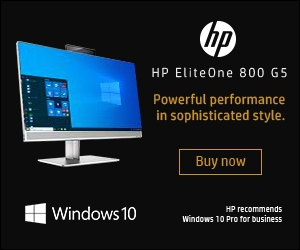